Following yesterday’s post, I’ve decided to take another set of data – this time following the start of the year, with a specific data profile. What is the profile? I will describe:

In this specific case, I wasn’t really interested in the attempted numbers, I was more interested to figure out where attacks are coming from. The results were fairly surprising: 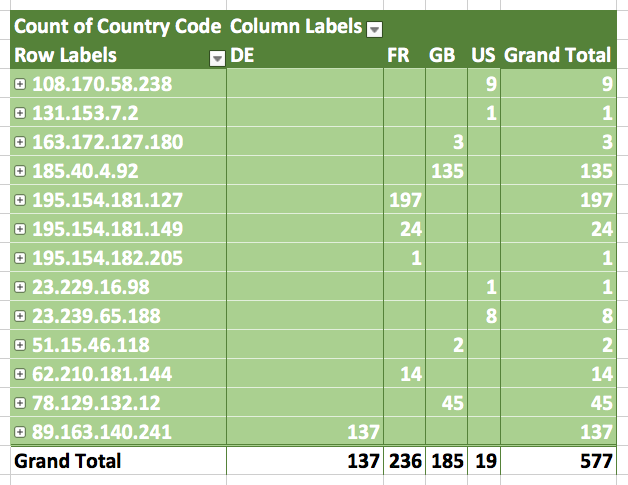 The above table shows a list of attacking IP numbers, the number of attempts from each IP number – and the origin country. For some weird reason, 97% of potential attacks originated in Western Europe. In past years, most of the attempts were located in Eastern European countries and the Far-East, but now this is Mainland Europe (Germany, France, Great Britain).

Can we extrapolate from it a viable security recommendation? absolutely not, it doesn’t mean anything specific – but it could mean one of the following:

If you pay attention to the attempts originating in France, you would notice a highly similar IP range – down right to the final Class-C network, that is no coincidence, that is negligence.

Now, let’s dig deeper into France and see where they are attempting to dial: 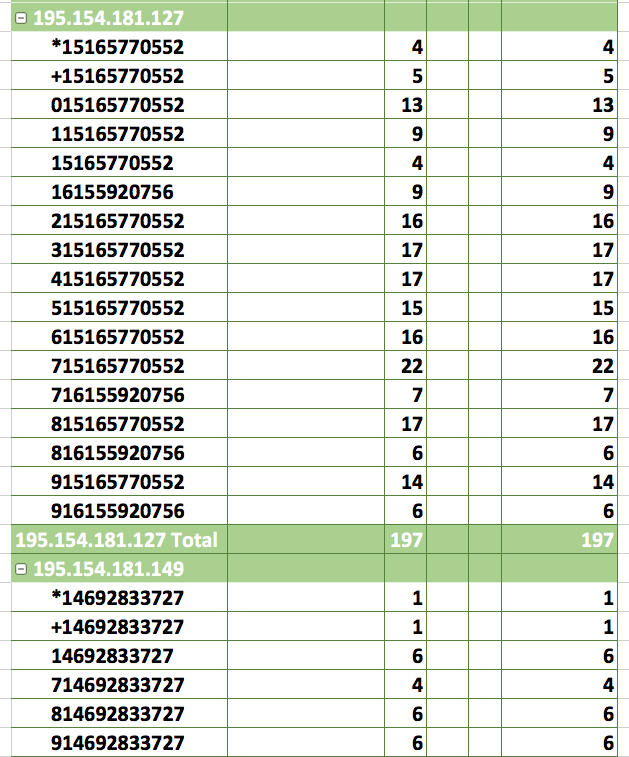 So, on the face of it, these guys are trying to call the US. I wonder what are these numbers for? 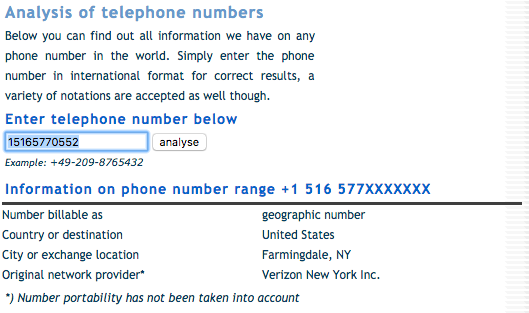 Global Crossing? that is interesting… What else is in there???

Well, if you can give me a different explanation – I’m all open for it. Also, if any of the above carriers are reading this, I suggest you investigate these numbers.