As I see it, Astricon 2015 had distinctively two shining stars – from what I managed to collect. The first one is WebRTC, as it was definitely the talk of the corridors and within the DevCon. Be it a WebRTC controller Lego Puppy, or a connected Tooth Brush – WebRTC is definitely an exciting thing. With the growing popularity of Respoke.io among developers and its inherent connection to Asterisk – I’m confident we’re going to hear more about Respoke in the coming year.

The second one, that is naturally closer to me, is ARI. I’ve seen several people do some really innovative stuff with ARI – and more specifically, PHPARI. I was surprised to learn of a content provider in the Philippines who is using PHPARI to drive over 1500 concurrent calls, topping a total of 5 Million minutes a month – using Asterisk 13 and PHPARI. Man, what a rush! – I started PHPARI about two years ago, I personally know of thousands of installations, but till today, no one really told me what kind of mileage they were getting from it. But learning that someone is packing a 1500 concurrent calls punch with PHPARI, I was ecstatic.

Then, slightly after learning that, I participated a panel with Matt Jordan and Gaston Draque – where we discussed the status of ARI and people had the chance to ask questions. Gaston came to me after the panel saying: “You know, we had a serious fight in the company if to use PHPARI or use GO programming language”. According to Gaston, currently, PHPARI is the most complete toolkit for ARI development – man what a rush. Gaston really knows what he’s doing, I’ve seen some of his work in the past – getting this from Gaston is a serious compliment.

When my wife learned that Astricon this year will be in Orlando, she said: “Take a day off and go have some fun”. So, initially, I was supposed to fly with Eric Klein only. However, we ended up 4 of us in Orlando – which was way more fun. So, for the last day and under the excellent orchestration of Eric, a trip to the Kennedy Space Center was arranged. A group of 21 Telephony geeks got on the bus and took a trip to the Kennedy Space center. Honestly, a highly motivating and inspiring place. Think about it, NASA sent people to the moon, with computer power that is far inferior to your everyday smart phone – simply amazing. 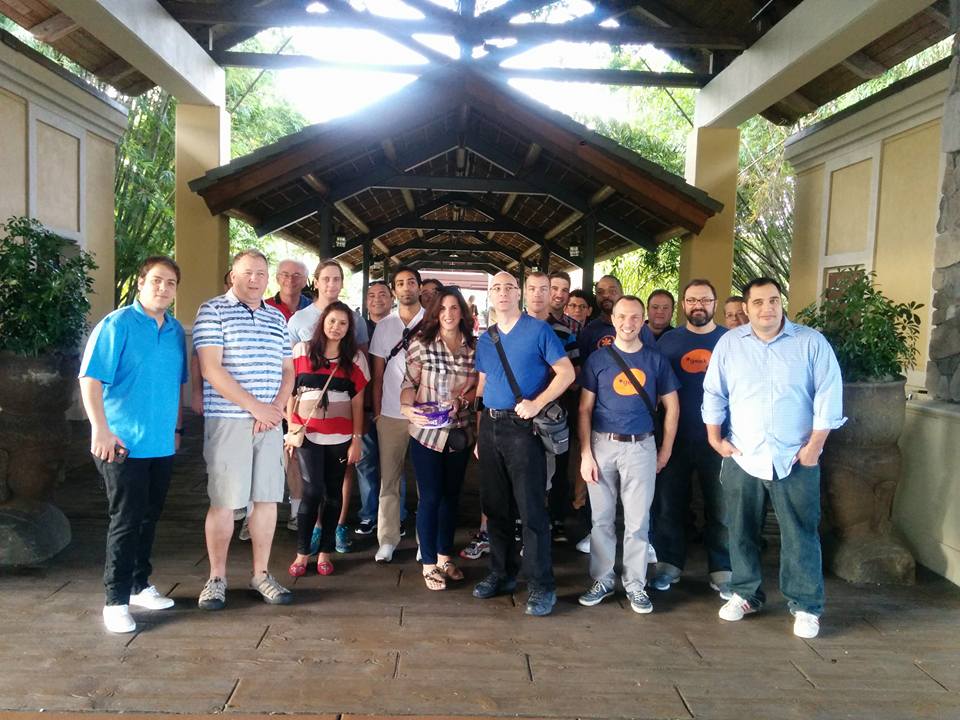 The trip lasted the entire day – we left the hotel at around 8:30, only to come back to the hotel at around 20:30 – a full day! Honestly, if you are going to Orlando, schedule a day trip to KSC – just to see the Apollo rocket in real life – your jaw will drop!

We finished the day back at the hotel, where the first lady of Asterisk joined us for dinner at Jake’s – which was an evening filled with laughter and jokes all around. 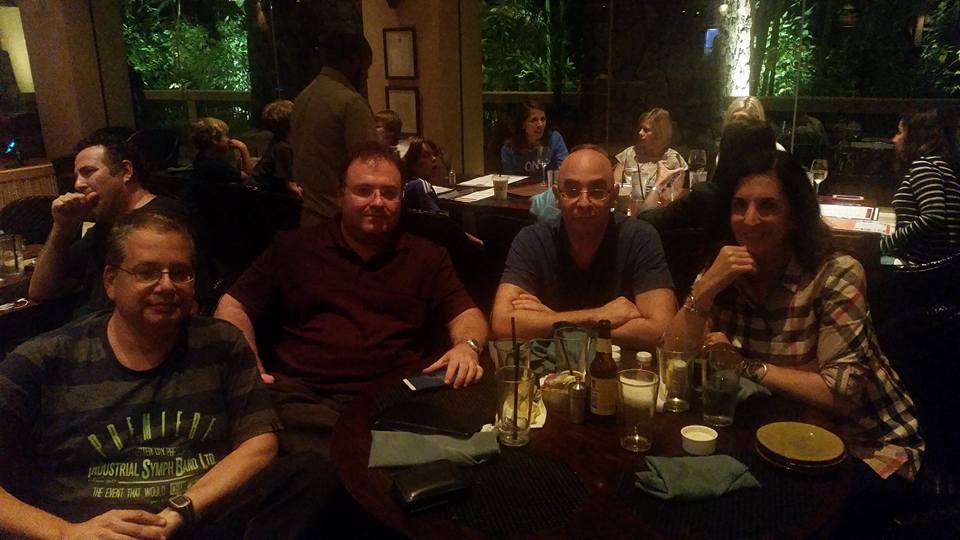 So, what’s next? I guess I need to start putting my ass to the chair and cranking up the speed on adding new features to PHPARI .Btw, if you want to help, I will would highly appreciate it – it a work of love, but sharing it around is even better.