So, over the past 2 years, we’ve seen many Asterisk appliances – ranging from the Digium AADK on one side of the spectrum to the RoweTel IP04 appliance, it is clear that appliances are the hottest thing in the Asterisk sector to-date.

While most appliances take on a similar form, usually one of the following: an ADI BlackFin reference design or a PC-Engines Geode based appliance, one company decided to go completely the other way around – namely PIKA technologies. Now, don’t let the name PIKA fool you, these guys are no pokemons, they know their stuff.

While at AstriCon 2008, I’ve been approached by the people at PIKA technologies, asking me to test and evaluate their WARP Appliance product – a Linux based appliance framework, for building Linux based appliances, with a focus on telephony. They awarded me with an appliance to test, equipped with 5 FXS ports and 4 FXO ports, I was on my way to start my telephony appliance. 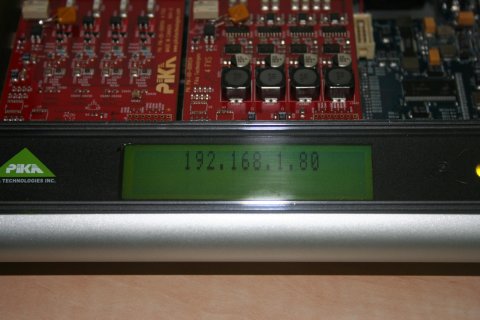 First thing’s first, computing power – while most appliances rely on fairly low scale computing power, the PIKA appliances boasts a massive PowerPC CPU, with a uCkernel based Linux 2.6.X kernel – while many other appliances still rely on 2.4.X. The on-board LCD display makes finding your appliance IP number a breeze, which is very important in my book. Opening the box is very easy, exposing its inner workings: 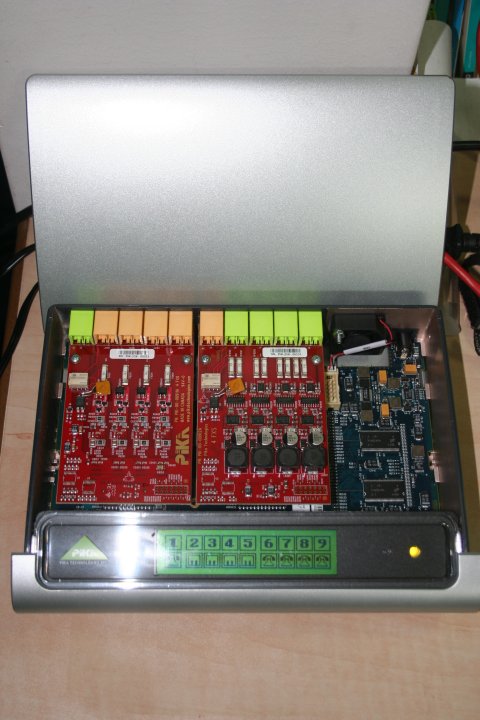 One thing nice about the LCD display is the fact that once you plug something in, the LCD will show the applicable LCD icon as connected – making for quick diagnostics for the lame sysadmin a breeze.

Now we’re getting to the slightly annoying part, the WARP appliance is not your average PBX appliance – in fact, it’s not a PBX at all – it’s a framework for building telephony appliances. So, if you want to get Asterisk + FreePBX to run on it, you’ll need to spend some time getting it up and running correctly. If you want to start working with the appliance, I suggest that you get to know cross-compiling and build tools, in order to utilize the buildtools provided with the appliance.

Over all, the appliance comes with a fairly stock Linux and Asterisk pre-compiled, with all the required modules to get a fully functional PBX running. For my initial tests, I’ve used the AsteriskGUI, which worked just fine with the system, making the configuration a breeze.

I’m currently evaluating their FreePBX build-tool, provided by Philippe from FreePBX, and we’ll see how that goes.